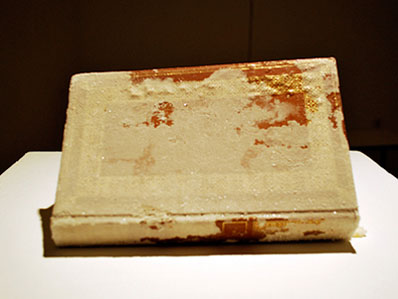 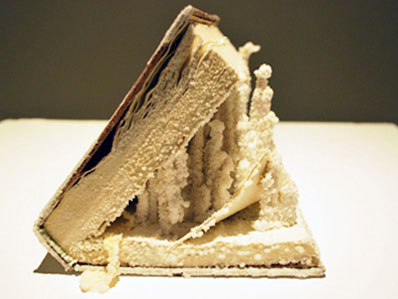 Allegory of the Cave

Cave is the most primitive space where preserve a memory of our ancestors and is a foundation of the spirit as a example of the cave paintings in the Lascoux Cave, France. Similarly, Greek philosopher, Plato gave an allegory of the cave to explain what the reality is during 400 B.C.

I opened a page of the Allegory of the Cave in his book ‘The Republic’, and created salt crystal cave. Salt has been used to keep food for many centuries, now it preserve the ideology of Plato an origin of Western philosophy.