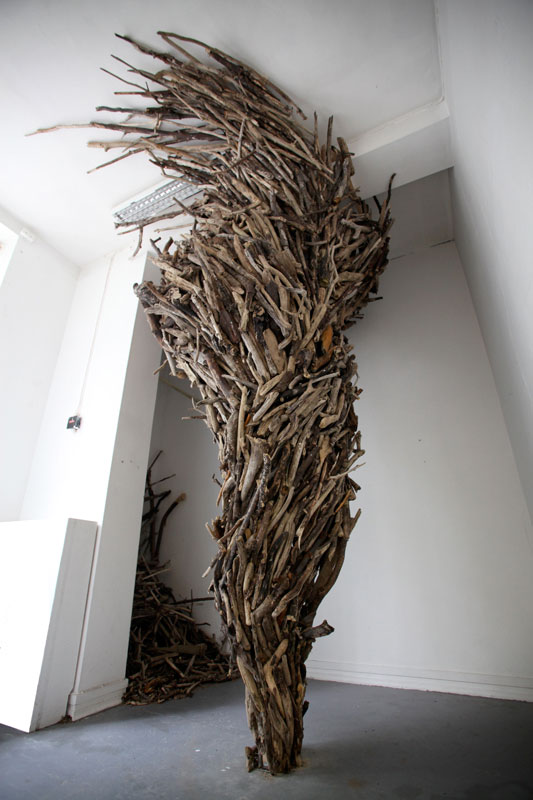 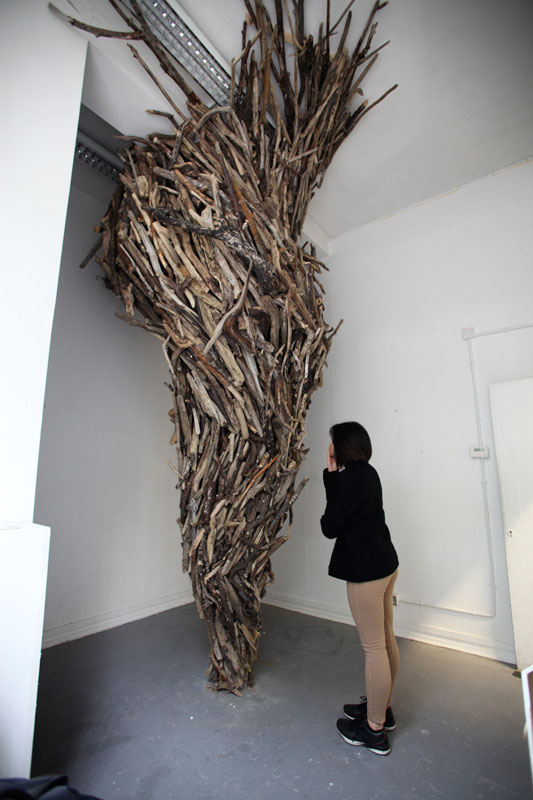 In the UK, the most woods were cut down by Industrial Revolution in the 18th century, so the amount of driftwood in the UK is much lesser than that in Japan. Compared with that, Celtic people worshipped nature especially tree in ancient time. Psychoanalyst Jung, C.G referred to the earth goddess as “great mother”. The spiral motifs are often used in ancient time as symbols of the breast of the “great mother” and of the dualism of life and death. And those symbols are still in our unconscious.

This work indicate the historical background that people used all nature for their profit and the fragment from left trees shows the tears of trees using primitive motif.