Review by the curator, Mr. Meruro Washida to The Solo Exhibition “The Border of Conscious and Unconscious” at Kanazawa ARTGUMMI, Kanazawa, Japan 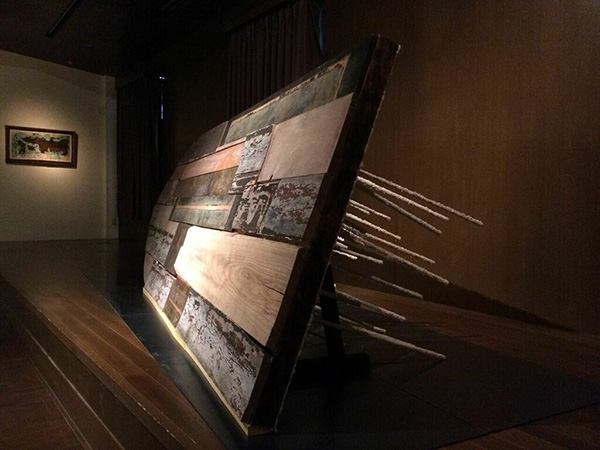 The exhibition “WORKS ON PAPER” at Leyden Gallery, London

Atsuko is going to participate in the show

Leyden Gallery is delighted to announce their exhibition of contemporary, prints and drawings & photographs, Works on Paper. This is their first exhibition focusing solely on art that is produced on paper. The exhibition will bring a group of internationally acclaimed artists into dialogue with a selection of emerging talented artists. For this exhibition there is a selection of artists who are represented by Leyden Gallery, such as Hilary Ellis, Atsuko Nakamura, Lindsay Moran and James Melloy, along with a further group who have recently exhibited in Leyden Gallery’s significant and respected quarterly Platform for Emerging Arts shows, which have included emerging artists to watch such as Emilia Moisio, Lydia Brockless, Daniel Hosego and Dolores de Sade. Supporting new artists is a priority of Leyden Gallery; being able to give emerging artists a platform to initially show their work, give them the confidence to exhibit in a commercial space and to support them through the growth of their career with group and solo exhibitions.

Alongside these emerging talents, the work of internationally renowned artists such as Nan Goldin, Paula Rego and Wilhelmina Barns-Graham will also be exhibited.

With a brilliantly diverse range of styles and expertise Works on Paper is set to explore both the medium & the approach to working with such a versatile material.

Artists Dolores de Sade, Emilia Moisio, Lydia Brockless and Daniel Hosego have all exhibited with Leyden Gallery in their respected Platform for Emerging Arts shows. The visible talent of these young artists has been recognised not only at Leyden Gallery but also by respected art institutions globally.

Shortly after exhibiting with Leyden Gallery, Lydia Brockless was shortlisted for the Bloomberg New Contemporaries 2015. Her sculptures are gaining national interest and her practice, which utilises the idea of paradoxes and oppositions, is strongly represented across the wide range of mediums she engages with; including her drawings on paper and tiles.

Following her appearance at Leyden Gallery in Platform for Emerging Arts 3, Dolores de Sade went on to exhibit her print-making skills at the Goto Gallery in Tokyo for the exhibition Prism 4, which held a number of her original prints.

Leyden Gallery recognised the talent of the artist Atsuko Nakamura, after she graduated from the Slade; she joined them to participate in the exhibition Delve, one of Leyden Gallery’s first shows. Soon after she was shortlisted for the prestigious ArtAngel prize and is currently having a solo show in Japan.

James Melloy joined Leyden Gallery in 2014 with his brilliant first solo show artHive. He graduated from Goldsmiths with a BA in Fine Art; his graduation collection was bought for the Goldsmiths Art Collection. Subsequent work has been bought for the Nuffield Trust and Royal Bank of Canada collections as well as by private collectors. He joins Leyden Gallery once again to showcase his new works on paper

Hilary Ellis is a key artist to be featured within Works on Paper. Her work explores the obsessive need for repetition and the attempt to impose order upon chaos. Since joining Leyden Gallery Hilary's work has been selected to feature in prestigious art prizes such The Jerwood Drawing Prize 2014, which includes 51 drawings by 46 practitioners selected from 3,234 submitted works.

Christine Taylor Patten very recently exhibited part of her series of drawings called micro/macro with Leyden Gallery. This series of works are going on to the 14th Istanbul Biennial in September 2015. A group of nine drawings, referred to as Tangents, have been taken from the micro/macro series and are to be exhibited within Works on Paper. The work embodies the amount of time and care Taylor Patten spent making each individual one-by-one-inch drawing, which were created using crow quill and black ink.

Works on Paper will be a collaboration of artistic medium, it will showcase each artist for the unique individual they are, and will aim to show the great diversity of work that can be produced using a paper surface. In a world today, where surfaces upon which to create appear endless, sometimes we must appreciate the simplicity and the beauty of paper and what its surface enables.From the website of Leyden Gallery

The Solo Exhibition “The Border of Conscious and Unconscious” at Kanazawa ARTGUMMI, Kanazawa, Japan

This is the first solo exhibition in Japan and her hometown 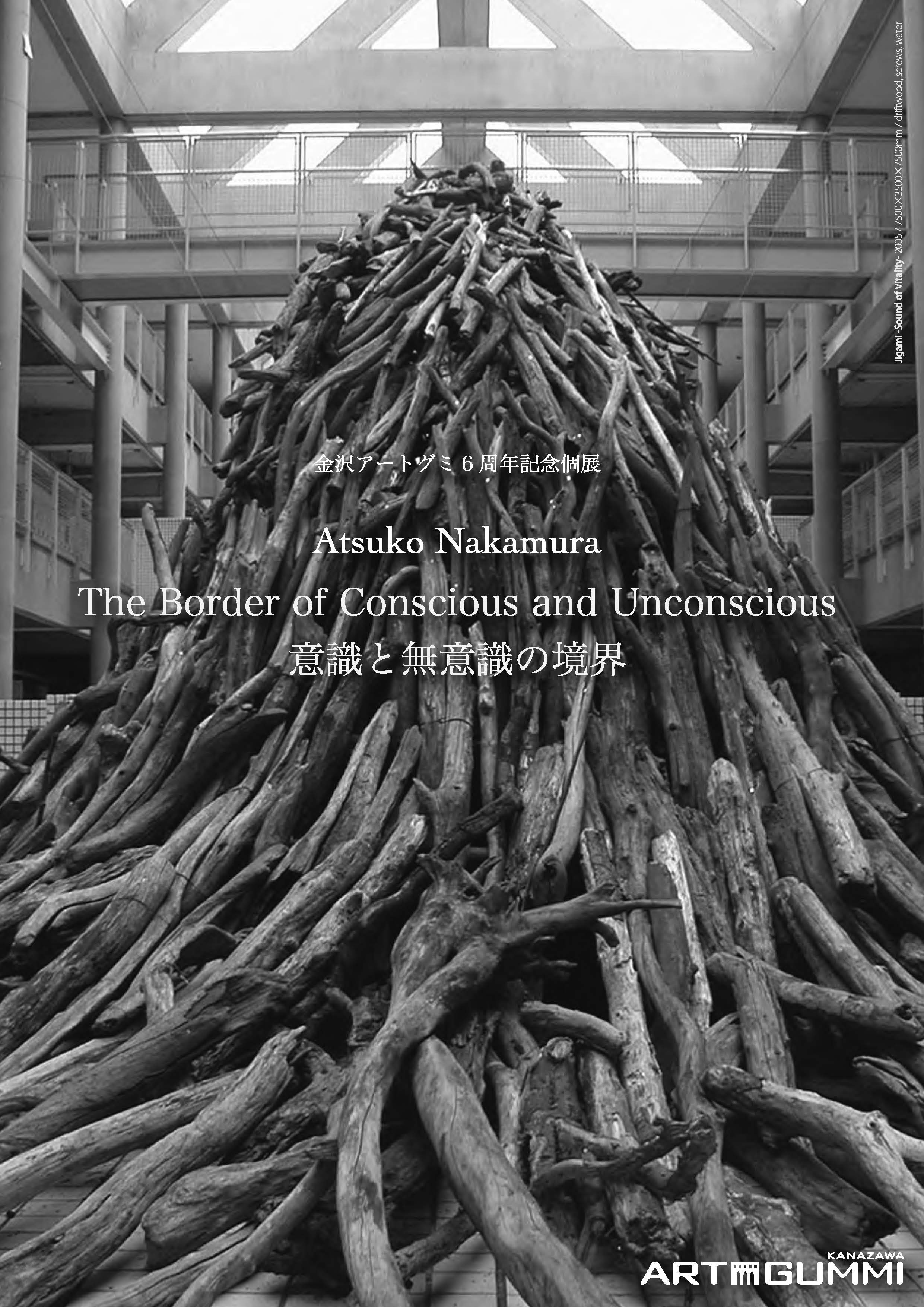 Kanazawa ARTGUMMI is pleased to have the first solo exhibition by Atsuko Nakamura in Japan and Kanazawa, her hometown.

Atsuko Nakamura completed MFA at the Slade School of Fine Art, UK, 2011. Her degree show piece ‘Engrave’ gathered considerable attention from art galleries, curators and collectors and it triggered to exhibit in museums and galleries all over the world. Her work has been focused on the relationship between man and nature through history, myths, and psychology. She often use natural materials such as driftwood or salt, and creates extraordinary and site-specific installations, which ‘intervene’ into the space rather than ‘to be placed’ and contextually tied with the site, appeal to the primitive part or intuition of viewers and question how to see the world surrounded us.

In this exhibition, she is going to show new works underlying her resent theme, “ The Border of Conscious and Unconscious” which came from her practice and inspired by the unique space of Kanazawa ARTGUMMI and myths and history of Ishikawa. From the website of Kanazawa ARTGUMMI

Atsuko is going to participate in the show 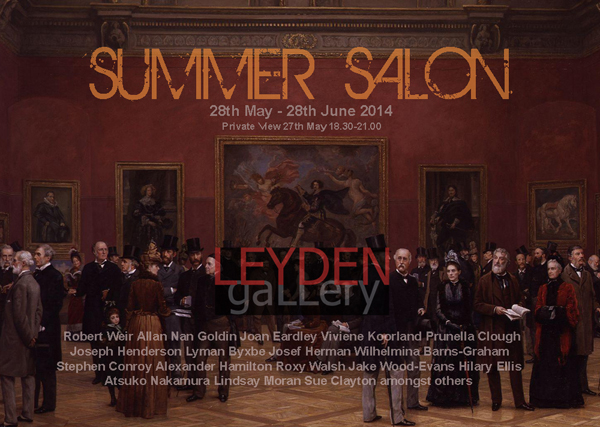 Leyden Gallery are delighted to present their first Summer Salon, an exhibition which showcases a sensational array of work from both established artists and an exciting and eclectic group of upcoming artists. A feature of this remarkable exhibition will be the mixture of classical and contemporary artworks; ranging from a fabulous highlight painting ‘The Bell Rock Lighthouse’ by the esteemed 19th century artist Robert Weir Allan, which was last exhibited at the Royal Academy in London in 1911, to contemporary New York artists, Nan Goldin & Vivienne Koorland. Esteemed British artists Prunella Clough, Wilhelmina Barns-Graham, Stephen Conroy and Josef Herman are also represented in the Salon along with younger talented artists such as Jake Wood-Evans and Roxy Walsh. The thrill of the Salon enables this talented group of emerging artists to exhibit their work in fascinating dialogue, shoulder-to-shoulder, with some of the most respected names in British art. From the website of Leyden Gallery

Atsuko is going to have Woodcut Print Workshop and Making Animal Kites at Chisenhale Art Place, London UK for children and a parent during the Half Term Holiday, 2014 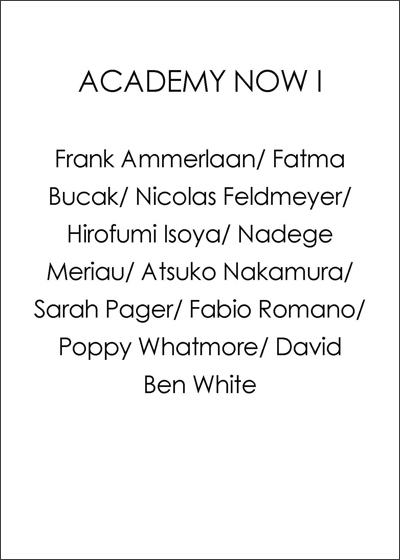 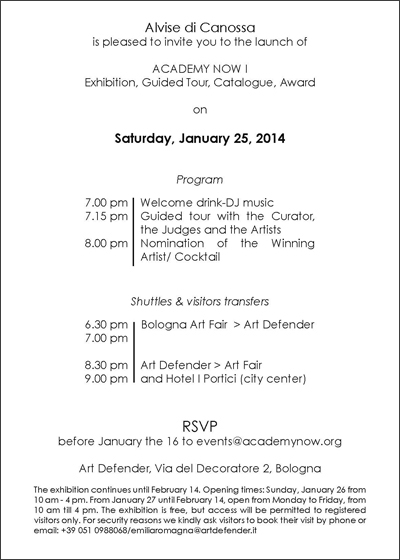 Atsuko is going to participate in the exhibition "academy noW Ⅰ" in Bologna, Italy

Atsuko talks about her works in the exhibition "Delve" 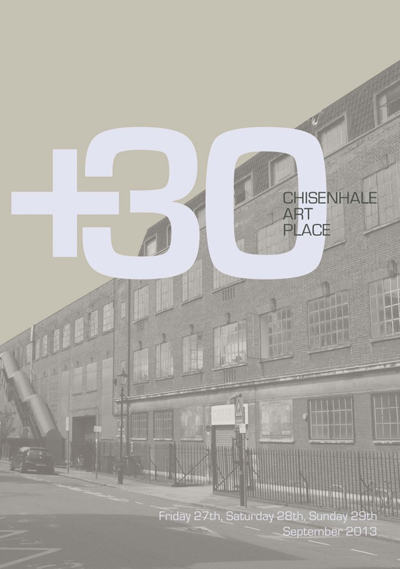 To mark the occasion, we are holding a major birthday celebration. In a series of events taking place throughout the building, we are looking back at the history and role of Chisenhale in the development of artistic practice in London and beyond. Many of the people who have contributed to our success will be joining us for a special programme of free talks, performances, events and open studios. And of course we’ll be showcasing the incredible work being produced, commissioned, exhibited and performed right now.

"PLAY with Nature" Building a House

Free Workshop for Children aged 6 -10, and a parent “Play with Nature” with Artist Atsuko Nakamura 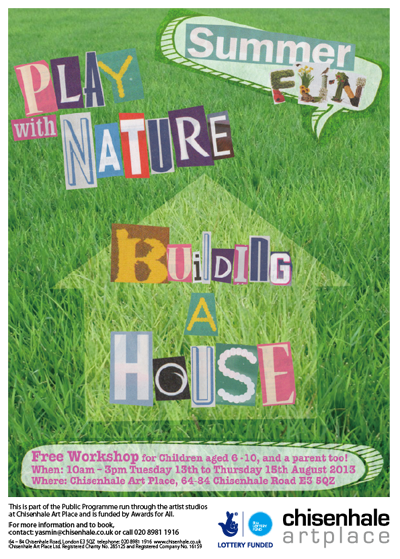 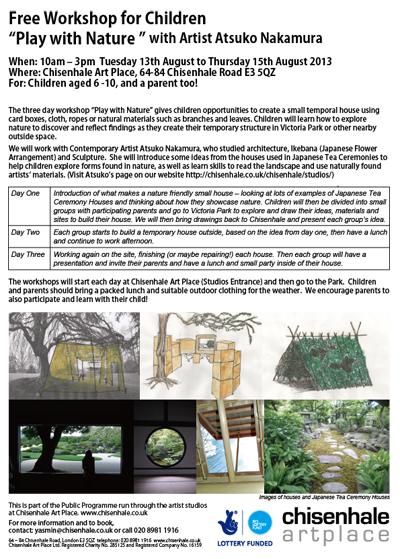 The three day workshop “Play with Nature” gives children opportunities to create a small temporal house using card boxes, cloth, ropes or natural materials such as branches and leaves. Children will learn how to explore nature to discover and reflect findings as they create their temporary structure in Victoria Park or other nearby outside space.

We will work with Contemporary Artist Atsuko Nakamura, who studied architecture, Ikebana (Japanese Flower Arrangement) and Sculpture. She will introduce some ideas from the houses used in Japanese Tea Ceremonies to help children explore forms found in nature, as well as learn skills to read the landscape and use naturally found artists’ materials.

This is part of the Public Programme run through the artist studios at Chisenhale Art Place and Funded by LOTTERY FUNDED UK.

Participating in the exhibition by artist, Jun Sato 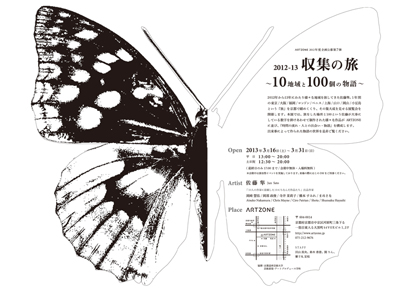 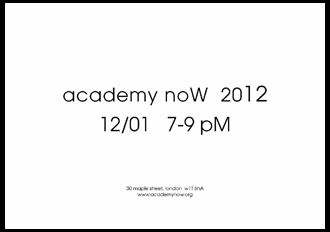 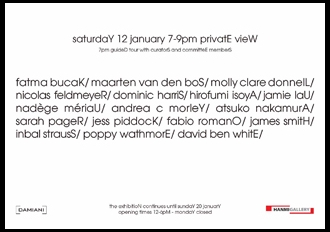 THE WORLD'S OUR OYSTER 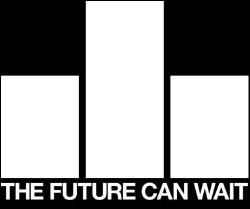 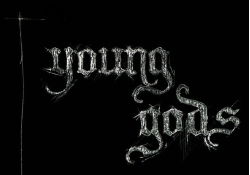