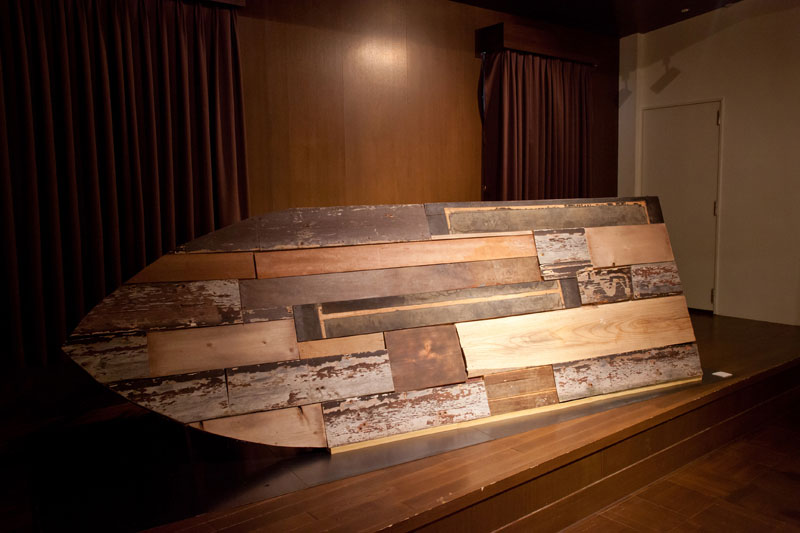 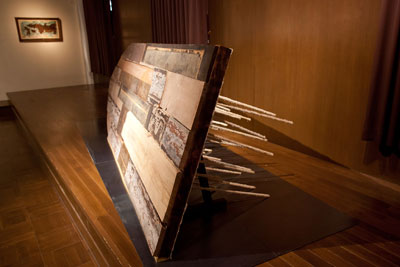 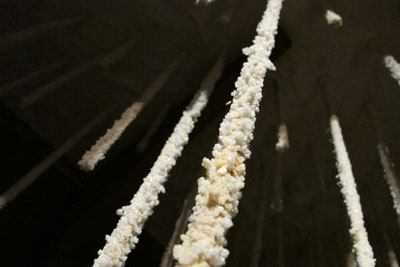 UNASAKA(the border of seagod and human being)

This gallery building used to be the Kano Bank that is the antecedent of current Hokkoku Bank. The founder of this bank is Kometani whose family had run Kitamaebune (the merchant ships)business in Edo period, 1600-1868. Thus I wanted to create artwork from the research of Kitamaebune.

Unasaka is the word of myth, which means the border between human world and sea goddess. The sailing technique in Edo period was under development caused drift accidents. The written reports describe the ferocity of the sea and frights of sailors. ‘The sea waves are high like mountains…wished to boat goddess, but storm doesn’ t stop. Through away loadings and cut off the mast to forbid capsizing. …after the storm gone, I can see only the sea and have no idea where I am. Everyone on the boat cut their hair and asks the sea goddess the direction we should go. Shared the rest of food, but it doesn’ t help to stop dyeing members’(Kano drifting report). I think it was the sailing on the border of life and death that might be Unasaka.

I created the imaginary bottom plate of the boat inspired by the Japanese sailor’ s word “the separation between here and hell is just a bottom plate of the boat” that is the wisdom to teach the interaction with nature always follows dangers. And then I put salt crystalized pillars from the behind of it. The pillar is the symbol of memory, which I have been using recent years in my work, and in this time, each pillar indicates sailor’ s memory and those are preserved by salt.